I have always loved music, lights, dancing and an amazing party! But I have a confession, my real name is not actually Cheese 😉, but ‘John’ is not that catchy as a DJ name!

From my early days in the industry carrying other DJ’s records, lights, speakers and helping set up for their gigs, watching what they did, how they made the parties happen and generally learning the trade through to DJing across the UK from Liverpool to London I have always wanted to be a party DJ or a Wedding DJ, but not just any DJ, I never wanted to work in clubs as I love meeting new people, being close to the dance floor, going to different venues, playing different types of music and having just as good a time as the people on the dance floor.

For me using the music to make the event more of a journey is vitally important, getting people in the mood is the first part, then filling the dance floor and finishing with a big finale with everyone feeling that they have just had an amazing time. That is not always as easy as it sounds especially at weddings as normally you get quite diverse groups with quite different music tastes, but I find if you do a little for most of them and appeal to the masses everyone has a great time.

Being friendly, approachable and polite to everyone is something I always am, the way I see it I’m your DJ for the night, you’re entrusting me with an important event, party or wedding and we don’t get a second chance to make this night amazing so I’m going to do everything I can to make it not just amazing but absolutely amazing!

As I mentioned earlier the music journey is vitally important and people tastes vary, that is why no two nights music playlist is ever the same, admittedly there are similar nights music choices but they always have a different twist and depending on how the dance floor reacts depends on how the music goes.

If I was my own Wedding DJ, what would I play

When I got married I was very lucky, I had one of the best DJs available (DJ Richy James) Rich was a good mate of mine, in fact I had been with him to many gigs and it’s fair to say it was him who originally influenced me wanting to get in to DJing and I would not change any of the music he played, it was a perfect gig. But that is not the question, the question is if I was the DJ of my own wedding what would I play, well it probably would depend on what time of year it was and where the wedding was being held but I would probably start off with some re-grooved soulful house mixes produced by DJ Ivan Santana and Sergio Wos for the first hour as that will get those feet tapping and hips moving, then I would move on to a 45 min set of wedding floor fillers including the likes of ‘Valerie’ the version with Amy Winehouse, Uptown Funk – Mark Ronson, Cake by the Ocean – DNCE, Get Lucky – Daft Punk and Dance the Night Away by the Mavericks (not in that order!). Then I would move on to an 80s set probably starting with Whitney ‘I Wana Dance with Somebody’ after about an hour I would then move on to some carefully selected 90s Dance and include a 90s Ibiza set in there for good measure this would take us to about an hour to go, time to pull out the big Indy tracks ‘Sex is on Fire’, ‘Mr Brightside’, ‘Put Your Hands Up’ and so on for about 30 mins moving on to an Oasis sing along starting with ‘Don’t Look back in Anger’ this would bring us to the end of the night, now I love a sing along so I would have to have ‘Sweet Caroline’ and ‘Angles’ and finish with ‘I’ve Had The Time of My Life’ and insist we all re-enact the dance sequence! In my opinion not, enough people pick a finishing song and it’s important!

But remember music is personal and you will have tunes that you will want played that will have a special meaning to you and its my job to get them in to the memories of the night.

Also there is something else, I love a ‘selfie’ so make sure we have some great photos of your magical night so those memories come flooding back.

Find out more about my DJ Services

Wedding MC Services, See what else I offer 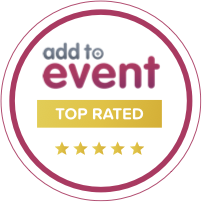